Meet Dr. Thomas Edward Gabriel Stewart, a registered Doctor who has a practise in Co. Laois Ireland. His registration number is 000853 as listed on the Irish Medical Council website.

He offers Chelation therapy to patients with heart disease and other health conditions, he also advocates Chelation as a ‘treatment’ for Autism.

Chelation is not approved for Autism and many children suffer serious side effects, some children have died, read here here and here.

I campaign against quack treatments and in 2014 I rang Dr. Stewarts clinic undercover and posed interest in Chelation, B12 Injections and MMS BLEACH also known as CD Chlorine Dioxide.

Shannyn told me that Dr. Stewart does give Chelation to Autistic children along with B12 injections, she told me he charges 150 euros an hour.

I mentioned Kerri Riveras CD BLEACH protocol, she said she had heard of it and told me that I should contact a Naturopath that works with Dr. Stewart called Anne Darcy.

Shannyn gave me Darcys number, I called Darcy and left a voice message.

Darcy phoned me back and our conversation was terrifying.

Darcy told me she had just come back from the vile AutismOne conference in Chicago.

She had attended a seminar by Kerri Rivera and was so excited by her CD BLEACH protocol.

She told me that Autism was all about the worms and I should start my Autistic children on this BLEACH straight away.

Darcy was planning to open a clinic to offer this toxic BLEACH and her only concern was were the Irish people brave enough.

Brave enough to abuse and torture their Autistic children with BLEACH!

Listen to my call with Darcy here. 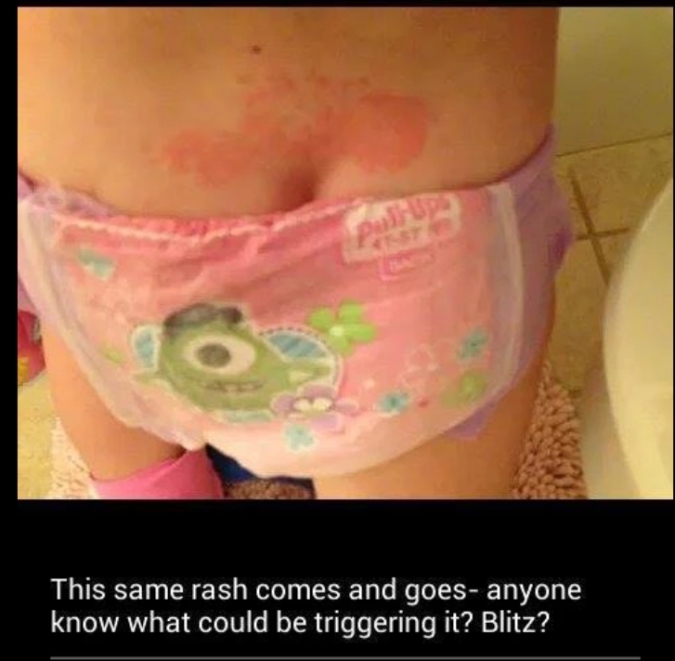 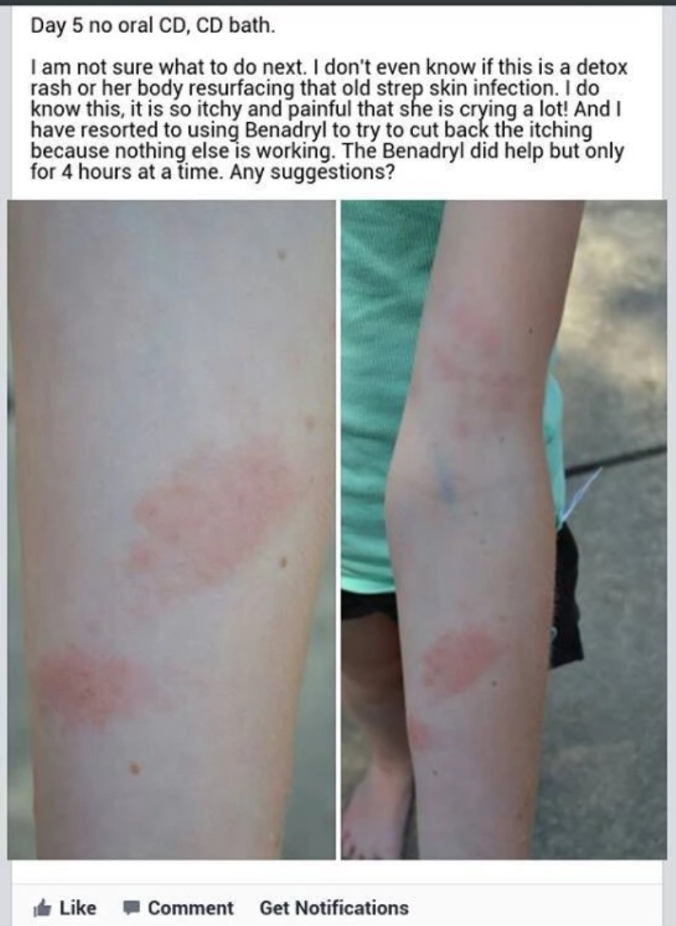 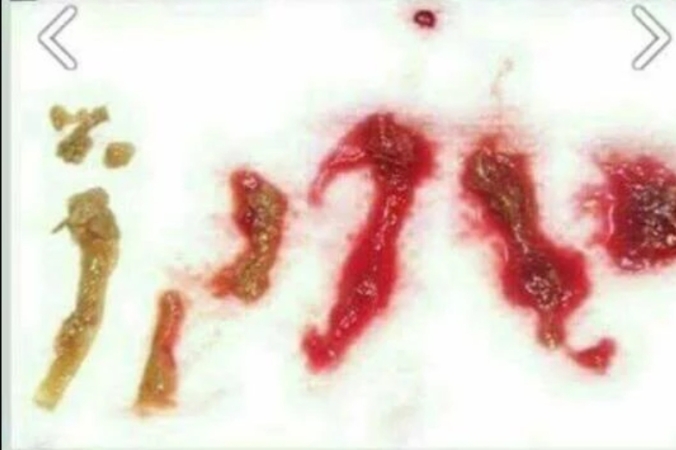 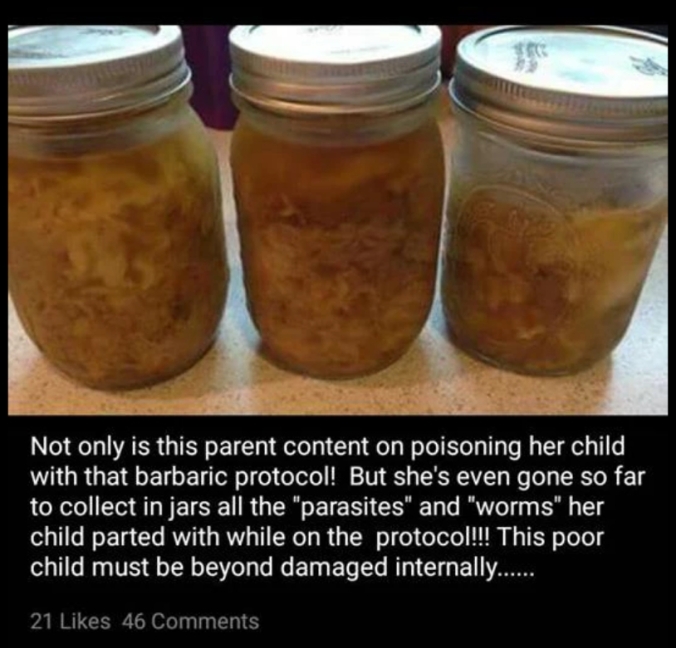 Kerri Rivera doesn’t care and celebrates her BLEACH with a bottoms up!

Our campaign work had led to MMS BLEACH being banned in Ireland, read recent report here.

Dr. Stewart is hurting Autistic children and vulnerable people with these bogus therapies and making great profit in the process.

Stewart has removed a lot of his quackery from his website, I suppose he does this to cover his ass.

Last Summer 2017 I rang his clinic again and posed interest undercover regarding another quack treatment he was advertising.

This ‘treatment’ is intravenous (IV) Hydrogen Peroxide, again another unapproved and dangerous treatment.

Read about a woman who died from this quackery here.

His assistant Shannyn spoke to me about the ‘benefits’ of Hydrogen Peroxide for various conditions inlcuding Heart disease, Cancer and even Asthma!

She told me Stewart was having difficulties sourcing Hydrogen Peroxide but it was being offered to vulnerable people up until Summer 2017.

Hear my call with Shannyn here.

I went to the Wayback machine and found the following information on Stewarts Chelation Ireland website, see in screenshots below.

This QUACK is endangering children and adults lives.

I will be reporting this ‘Doctor’ to the Irish Medical Council and I hope he is struck off! 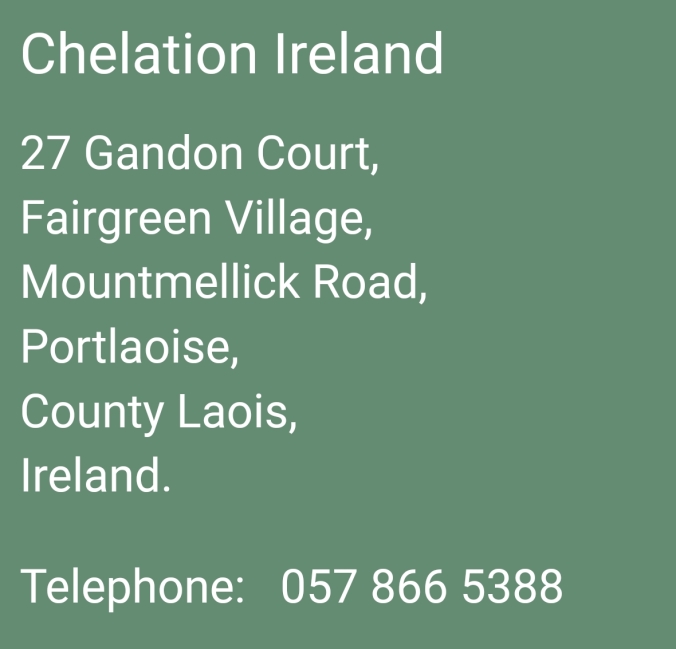 I have many relatives scattered around the globe.

My Cousin Fergus was living in Canada when we made contact via an ancestry site a few years ago.

Fergus is related to me via my Fathers side, the Pettit family who come from Co. Galway.

His Mother was my Grandfathers sister.

Fergus and I hit it off immediately, sharing similar Political views, tastes in music and both of us sharing a passion for photography.

Two of my five children are on the Autism spectrum and I have a diagnosis of Aspergers.

Autistic people are preyed upon by quacks offering bogus cures.

He supported me when things got rough and always encouraged me to keep fighting for Justice.

My Father is not a part of my life anymore and I felt that Fergus was the next best thing.

Fergus had a great talent for photography and each day we were spoilt with powerful pictures from his hometown Toronto. 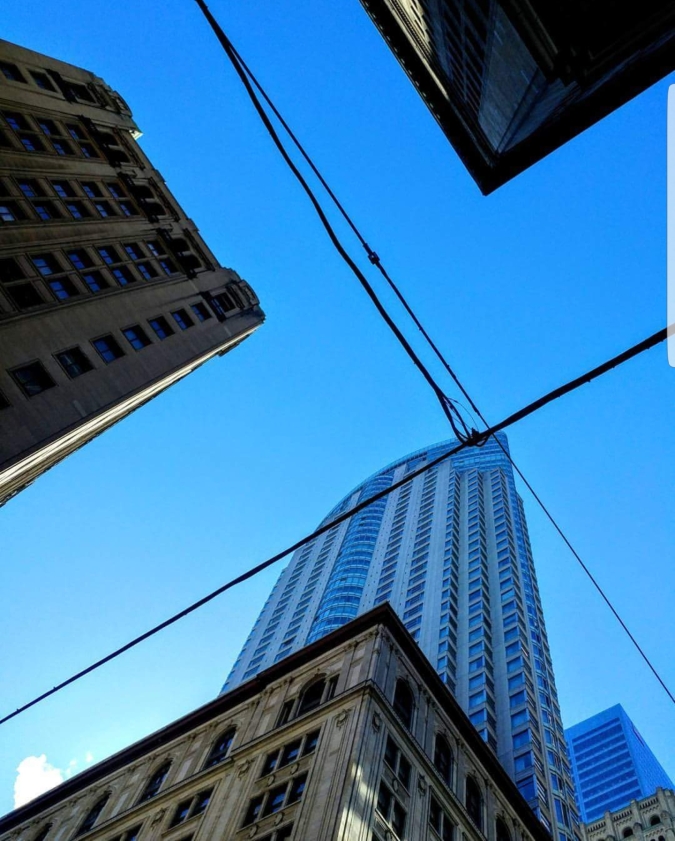 His ability to capture the human emotion, colour and light was outstanding.

He even brought buildings to life.

These photos touched so many and made our lives more enjoyable.

I would send Fergus photos from West Cork where I live, pictures of my family and the beautiful scenery that surrounds us.

I always valued his opinion and was delighted when he complimented my pictures, I knew I was getting an experts review.

On Saturday the 25th of March 2017 I was at the playground with my children.

A friend of mine on Facebook reached out and told me that Fergus had passed away.

I said what are you talking about, he was on Facebook recently.

She proceeded to tell me that Fergus had in fact died the week before on the 18th of March, the day after St. Patricks day.

I was speechless and felt a huge pain in my heart.

I was angry, angry because we had lost such a good man, angry because I never got to hug him or show him where I took all my photos. Fergus had planned to come to Ireland and we often spoke about what we would do when he would visit.

Fergus was also very close to my Mum Una and my siblings, my husband Tim and all of our children.

Cousin Fergus was also good friends with my friends on Facebook.

He was loved and respected by many.

A lover of animals and a wonderful parent to his two beloved Cats.

Fergus will always live on in our hearts.

Each time I hear Sweet Thing by Van Morrisson I think of you Fergus.

Charlatan Amanda Mary Jewell has been exposed in the media recently, read here.

She is a documented quack who is hell bent on destroying vulnerable peoples lives.

I want to introduce you to some of her victims.

One is a sixteen year old boy suffering from Brain Cancer.

His name is Graysen Richardson.

Unfortunately Graysens Mother Emel believes in quack treatments and has already taken her Son to visit this quack in Belize.

A man called Carl Flint Richardson reached out to me on Facebook not long after my blog was published, he told me his Son had been a client of Amanda Marys at her clinic in Belize.

We spoke on the phone and then we exchanged emails.

Carl Flint Richardson is Graysens Dad and he told me he wanted Amanda Mary to be reported to the authorities.

He told me he did not consent to his Son going to Amanda Marys clinic and that it was the fault of his wife Emel.

He told me he was in Rehab at the time of his Son attending this quack.

He told me 25,000 dollars was wired to Amanda Mary Jewells bank account.

This was his Sons college fund, every penny was given to this charlatan.

He told me his Son suffered trauma at this quack clinic, Amanda Mary and some bogus nurse were injecting his Son with banned unregulated blood product GcMAF and bogus Stem Cells.

He said his Son had a Cat Scan after visiting this quack clinic, the scan confirmed that there were cavities in this poor boys brain.

Carl believes this is because of the bogus ‘treatments’ Amanda Mary gave to his Son.

Carl promised me he would speak publicly about this abuse and experimentation, this is criminal behaviour.

I recorded our call hoping I would not have to release it.

However Carl has not spoken out and is still allowing his Son to be experimented on by this quack.

He told me his wife is injecting the banned, unregulated blood product GcMAF into his Son.

She is purchasing this dangerous product from Amanda Mary Jewell.

GcMAF is being shipped from Jewell directly to the Richardsons home in America.

I asked Carl to get me the product and take a photo of it for me.

See screenshots of this product which Carl sent me on Whatsapp below. 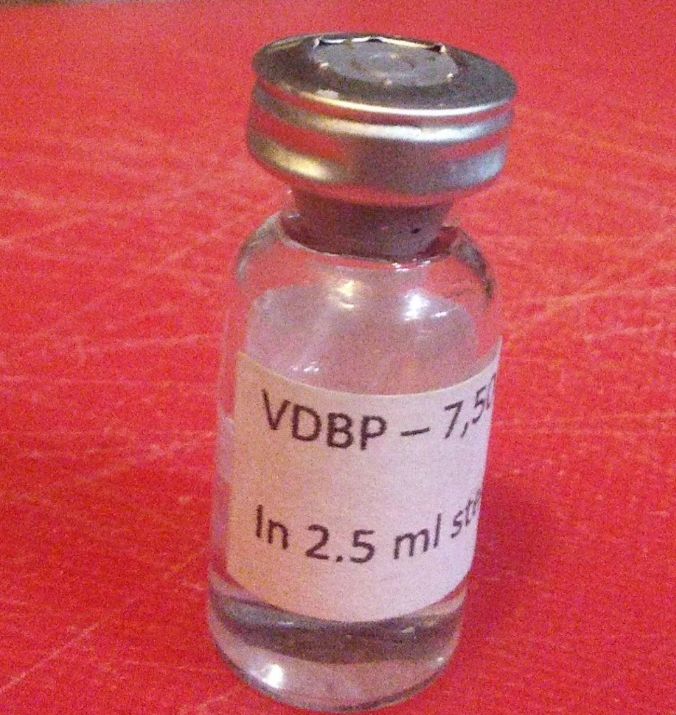 This product is ILLEGAL!

I told Carl that they could get in trouble for purchasing these products and told him to tell his wife the same.

Please listen to my call with Graysens Dad here.

Carls wife Emel was not very friendly when we spoke on Facebook messenger, I tried to offer advice but she was very rude.

She blocked me and put up a post warning people about me, Amanda Mary commented on that post and shared my home address.

Not long after Emel posted I started to receive vile emails from Amanda Mary, then came the defamatory blogs and a Radio show slandering me and my family.

See messages and posts in screenshots below. 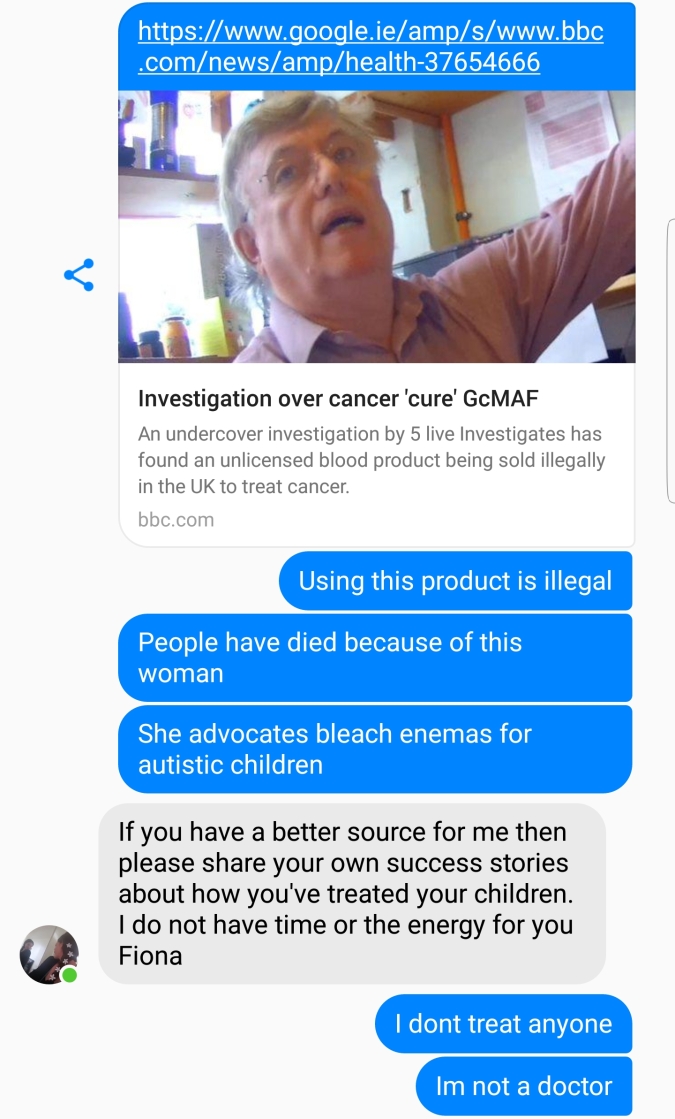 Amanda Mary accuses me of being responsible for the deaths of 100 ‘Holistic’ Doctors, see below.

See some more of Amanda Marys defamtion below. 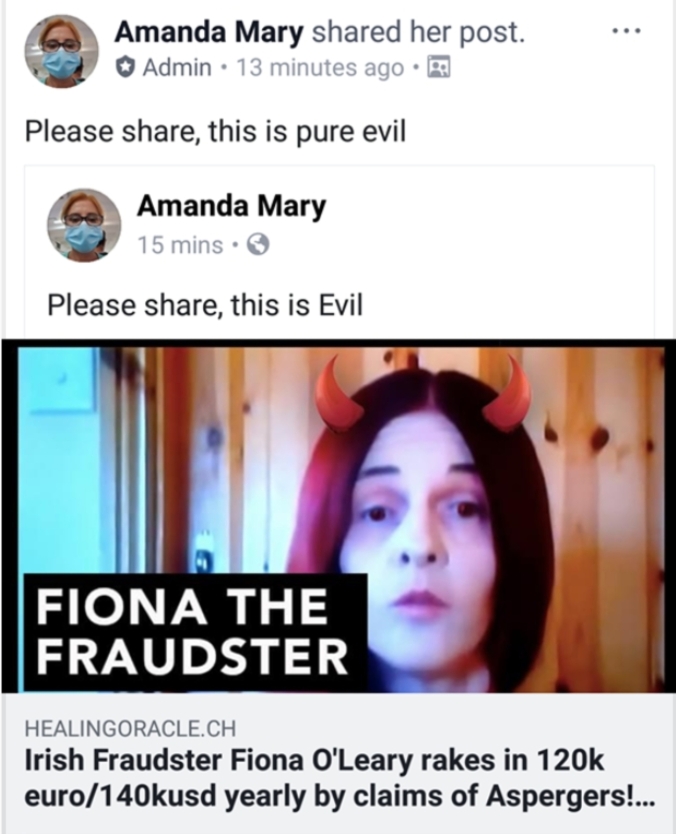 Amanda Mary even got her buddies from the Genesis II BLEACH cult to threaten me, see Dawn Edwards in screenshots below. 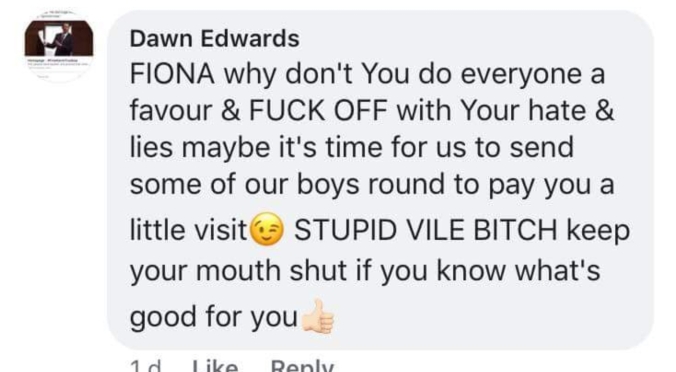 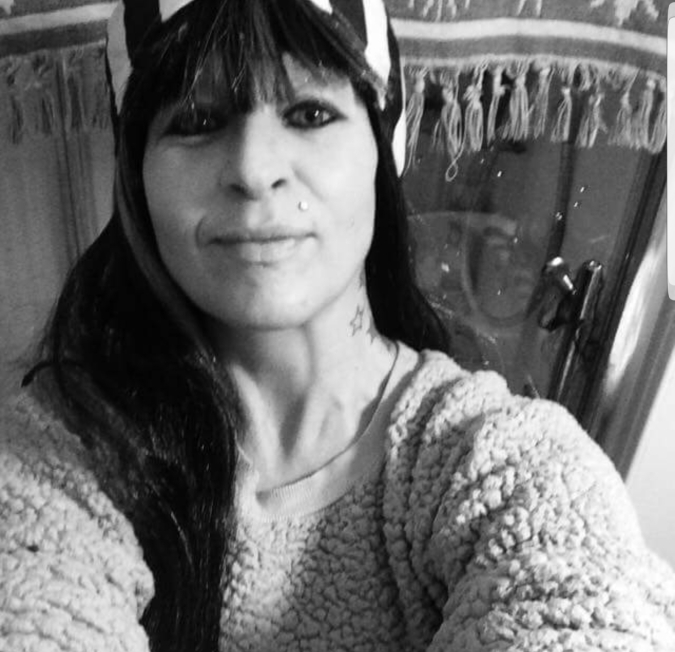 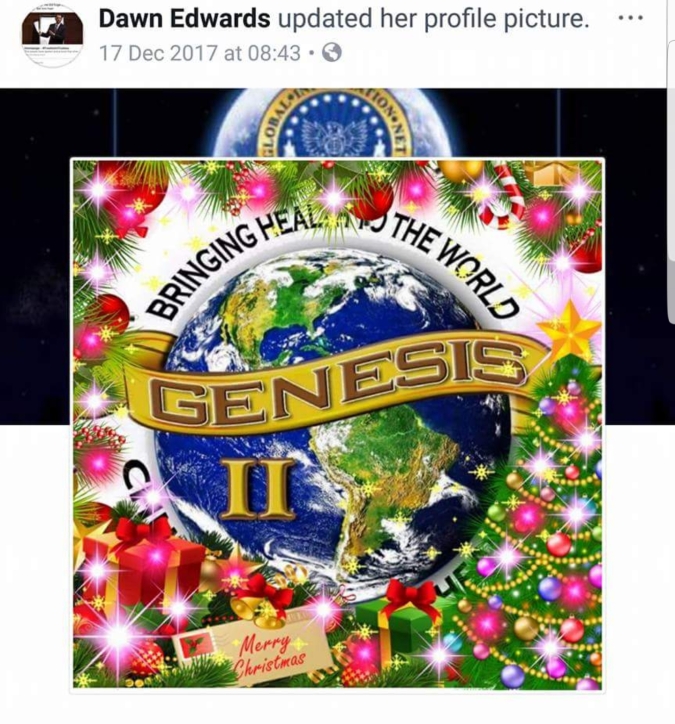 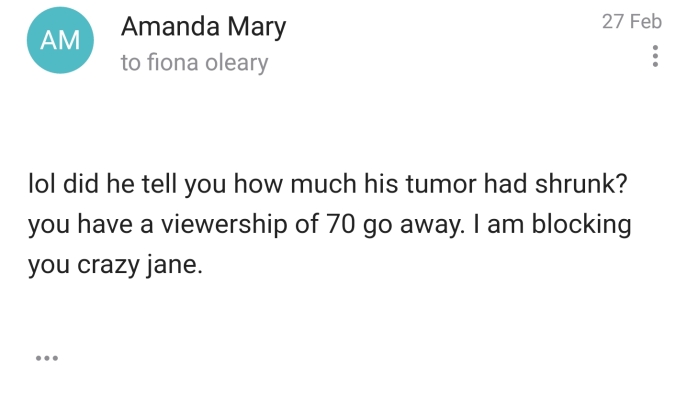 Amanda Mary has been sharing the Go Fund Me page created by Emel Richardson.

The Belize authorities have sent emails confirming that they are investigating Amanda Mary and also spoke to me on Facebook messenger, see below.

Another victim of Amanda Mary is Tammy McClure from the US.

Tammy has Breast Cancer and was connected to Amanda Mary via a man called Lance Jordan.

Lance is part of Bonita Wellness.

A protocol offering unapproved, bogus and banned products, see this protocol below. 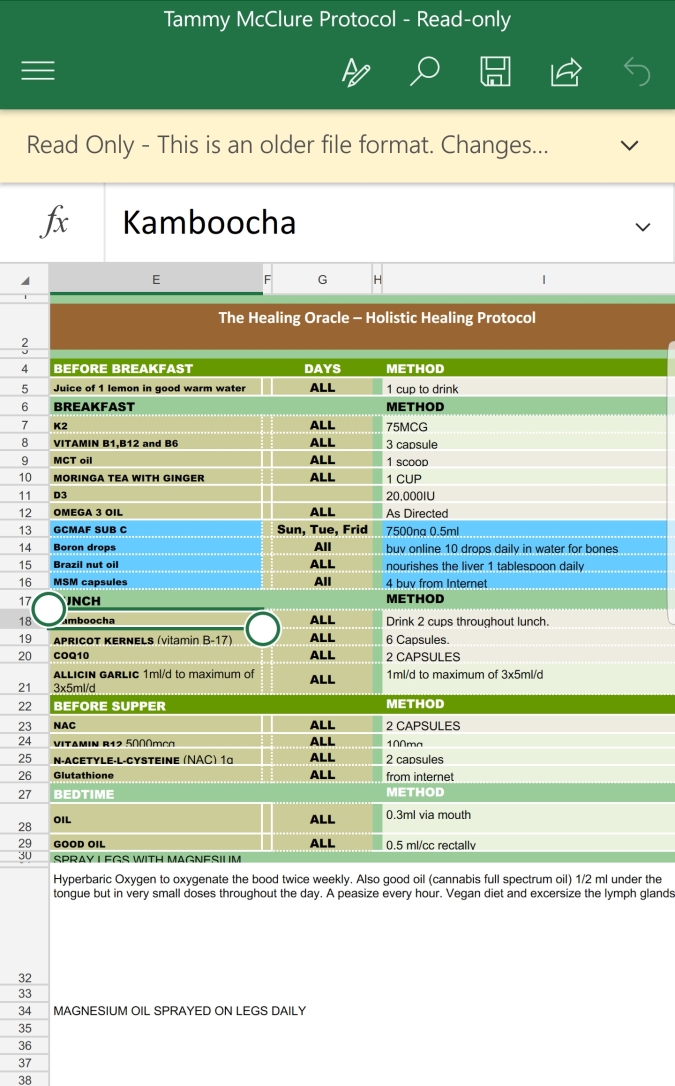 Tammy is vulnerable and this quack is abusing and experimenting on her with unproven, banned and dangerous products.

Tammy then decided to purchase Cannabis Oil from Amanda Mary, see this quacks information about her CBD oil below.

Tammy paid 600 dollars via PayPal for this oil, it arrived in a tin can, it is not proper CBD oil, there was no information supplied regarding its properties, THC content etc, no instructions were given. See this oil in screenshots below. 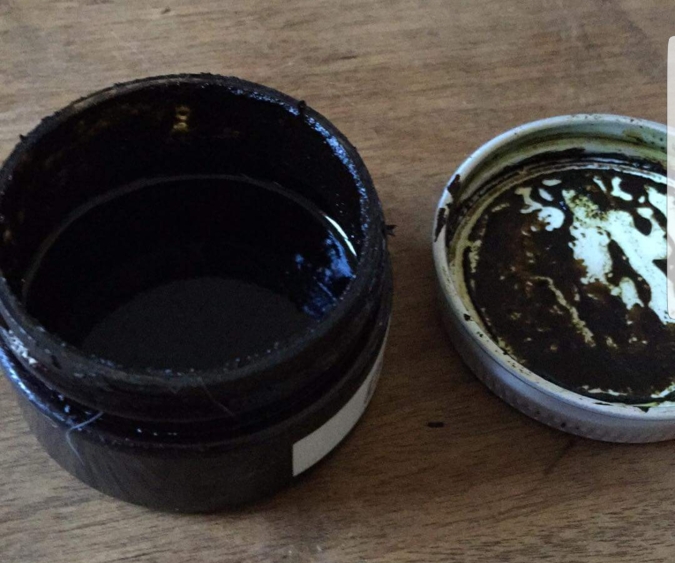 Amanda Mary refused and instead chose to bully this woman who is suffering from Cancer.

She even accuses this woman of being from Ireland and says she is connected to me.

I never knew Tammy until she reached out to me recently, she lives in America and I phoned her there. 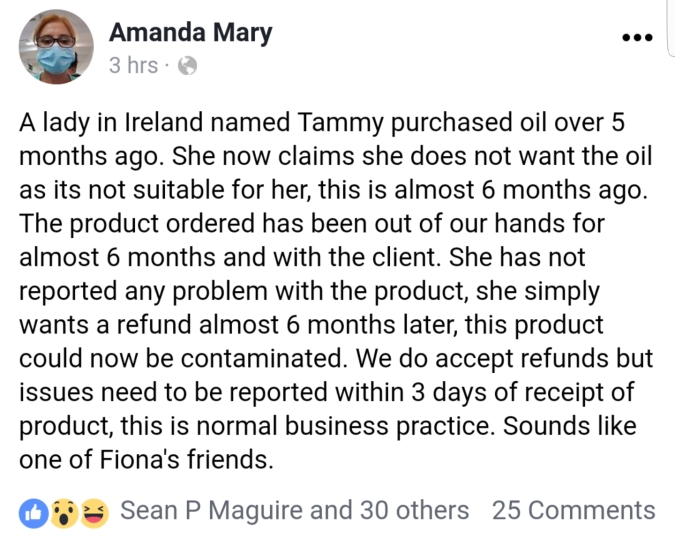 Amanda calls herself a ‘Cancer Researcher’

Imagine a REAL Doctor treating their patients this way.

Tammy fortunately could not afford Amanda Marys bogus GcMAF but she told me that she knew a woman with Cancer who purchased GcMAF from Amanda and suffered serious side effects.

I also spoke to Amanda Marys ex husband Doug Jewell, he didn’t have anything positive to say about her either.

Doug is no saint and was just as involved in their quack scams but he assures me he has completely walked away from Amanda Mary.

The Belize news stations are also exposing Jewell, see below. 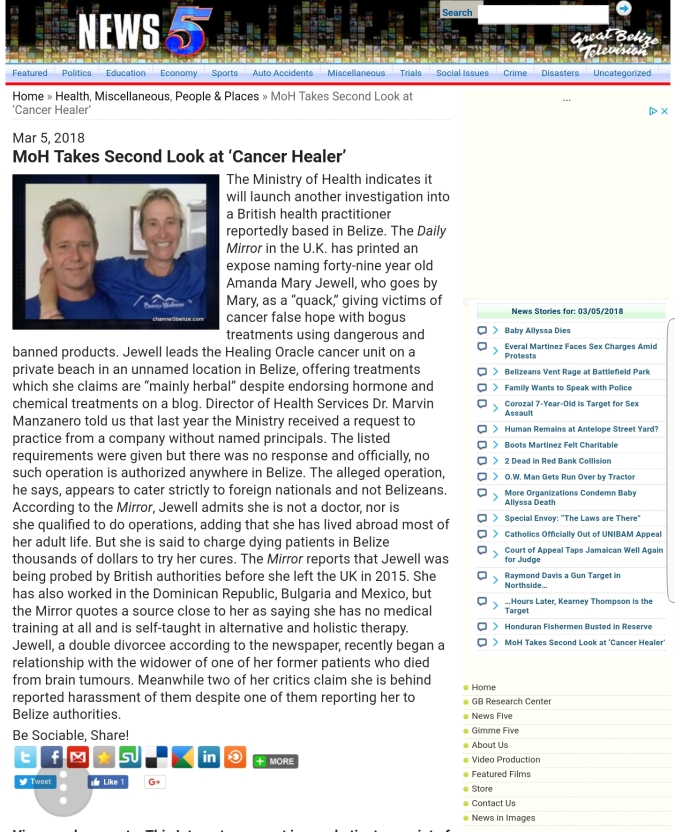 If people still trust this charlatan after reading this I pity you.

Would you trust this quack with your insides?

Anyone supporting or protecting this quack is hurting vulnerable adults and children.

Think of Graysen and all the other victims who have sadly passed away, they were never CURED by this con artist.

Please share this blog and help us STOP this quack from causing further harm to vulnerable people.